Introverts, Ambiverts, Extraverts and Everyone in Between

This is part two of a four-part series on Predictive Index (PI) drives.

Extraversion is defined by Predictive Index as the drive for social interaction with other people and it is one of four drives mapped by way of a scientifically-valid, six decade old algorithm known as the PI Behavioral Assessment.  Understanding drives is the direct path to understanding the needs of people.  When employers understand what drives, or motivates, the people who comprise their organizations, the possibilities are endless.

Why does PI measure only four drives?  While humans have many drives, these four—Dominance, Extraversion, Patience and Formality—are the most influential drivers of workplace performance.

The motivating needs revealed by these powerfully insightful data points are the foundation on which the four-part methodology known as Talent Optimization is built.

Extraversion—the drive for social interaction with other people

Patience—the drive for consistency and stability

Formality—the drive to conform to rules and structure

All humans have some amount of each drive, including social interaction with others.  Simply some have more drive and some have less.  There is no right or wrong amount of any drive.  It is statistically less common for any one person to identify as entirely extravert or entirely introvert.  It is more likely an individual falls somewhere in the middle. Introverts enjoy social interactions, and extraverts enjoy quietly reading a book.

A study conducted by Adam Grant, professor at The Wharton School of the University of Pennsylvania, helps us understand what individuals with an average expression of extraversion experience as opposed to those at either extremes (e.g., introversion or extraversion).  He refers to this phenomenon as ambiversion. Think of introversion and extraversion as a spectrum, with ambiversion lying somewhere in the middle and reflective of someone who exhibits qualities of both introversion and extraversion.  Ambiverts possess a natural ability to flip to either depending on their mood, context, and goals.

He goes on to suggest that ambiverts may have an advantage over true introverts and extroverts. Because their personalities don’t lean too heavily in either direction, they have a much easier time adjusting their approaches to people based on the situation. At SHIFT, we refer to this as situational adaptability.  This inherent flexibility enables them to connect more easily with a wider variety of people, including those who may fall anywhere along the spectrum.

To contemplate how this drive manifests, it is helpful to consider a friend or colleague who is highly energized by being with and around people.  If she is acting in her natural state, she may in fact have a high amount of the Extraversion drive.  In contrast, consider a colleague or friend who prefers interacting with a smaller group of loyal friends and often appears reflective rather than talkative. This individual likely has a lesser than average amount of the Extraversion drive.  In these two scenarios, the measurable expression of the drive would be a guess, at best, based on one’s observations.  With the PI Behavioral Assessment, SHIFT helps leaders remove the guesswork by way of a scientifically-valid approach.  This accelerates team success, effective communication, thoughtful delegation and more.

Understanding the behavioral manifestation of the Extraversion drive in yourself and in others facilitates taking charge of communication excellence, staying ahead of impending conflict, and optimizing the performance of the organization’s most valuable asset, its people.  This proactive approach with a peer or a direct report, may allow leaders to get out of their own way, and consider what type of social exchange motivates and energizes them. Here are a few tips for how to motivate individuals across the spectrum.

Opportunities to work with others

Social acceptance and Room for introspection

Opportunities to influence and Freedom from office politics

Time to trust others

Opportunities to work with facts 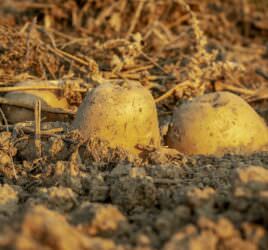 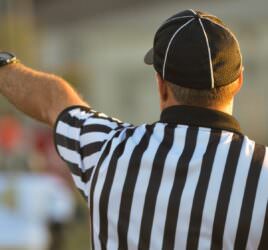